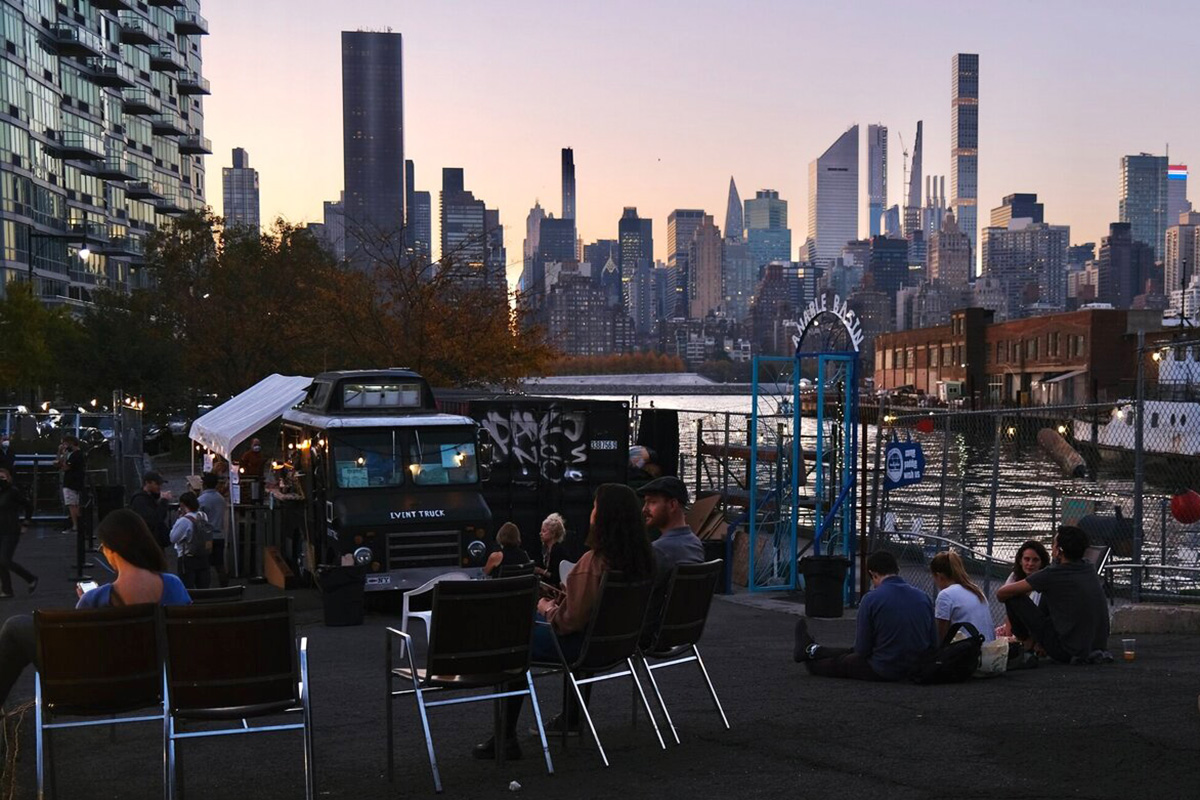 EO 47 went even further than the recommendation laid out in CCM’s 2013 report, mandating that at least 50 percent of the print and digital advertising budgets of city agencies, as well as the Departments of Education and Housing, and NYC Health + Hospitals, be allocated to qualified community media outlets. In its first year, city agencies easily eclipsed the 2013 levels of placing just 19 percent of their collective advertising budget in community media, and surpassed even the 50-percent target established in the executive order, according to city data that was not independently verified by CCM.

“Before becoming Mayor of New York City, de Blasio worked extensively with community and ethnic media as a [city] council member [in Brooklyn] and public advocate, and also during his mayoral campaign, and he understands the importance of these outlets for the communities and how they play a key role in disseminating the administration’s messages,” says Bayona.

What EO 47 did, rather, was create the imperative to not only increase community media’s share of city advertising, but to ensure that advertising was distributed equitably and effectively within the sector.

In partnership with CCM’s ABI, advertisers within the city government were able to reach out to a wider range of outlets and the communities they served. This first year of EO 47’s implementation saw a larger share of the city’s advertising budget go to the community media sector as a whole, and also channeled that larger total budget toward a far greater number of outlets. 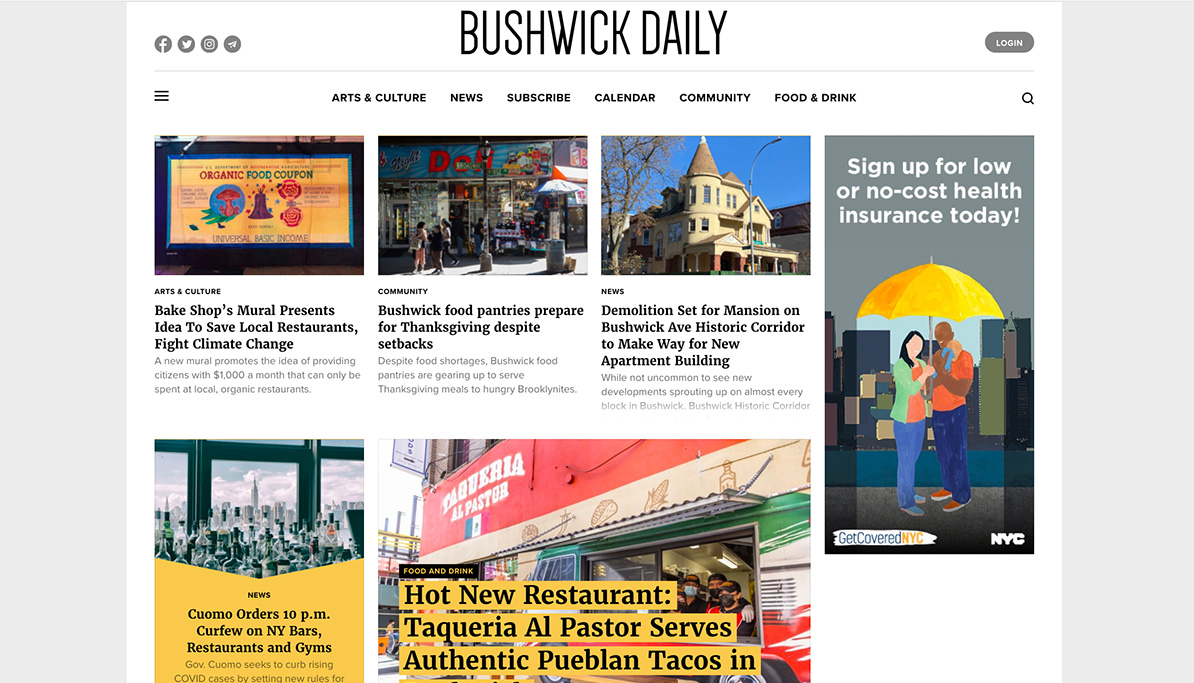 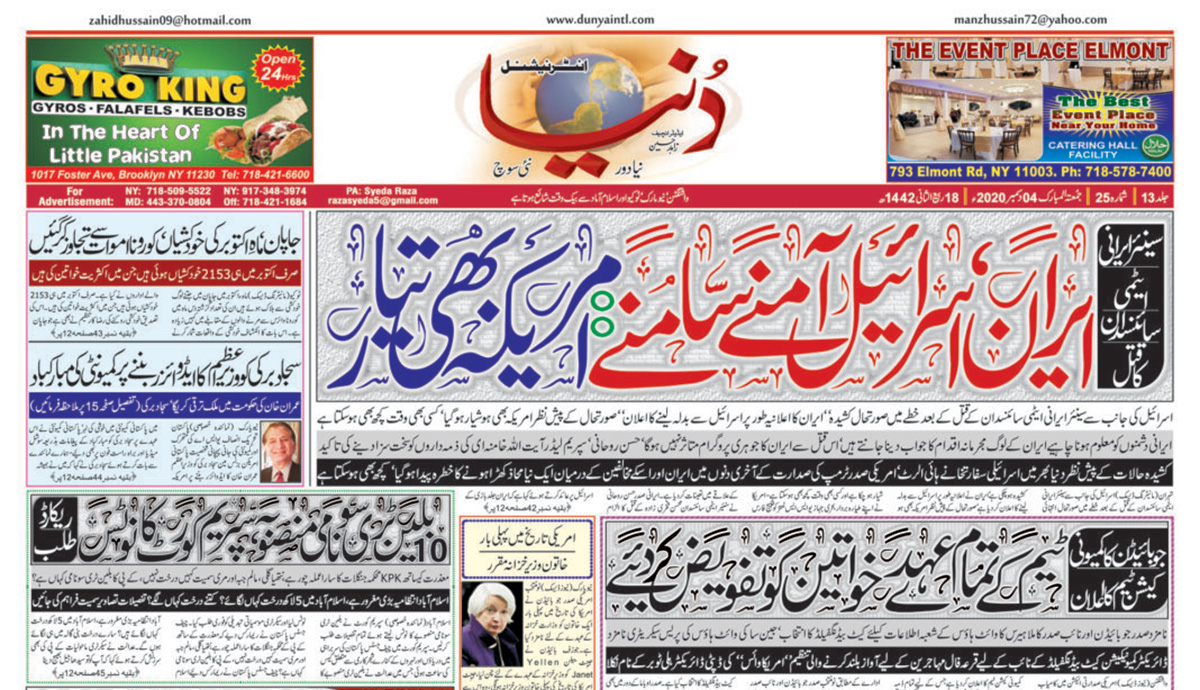 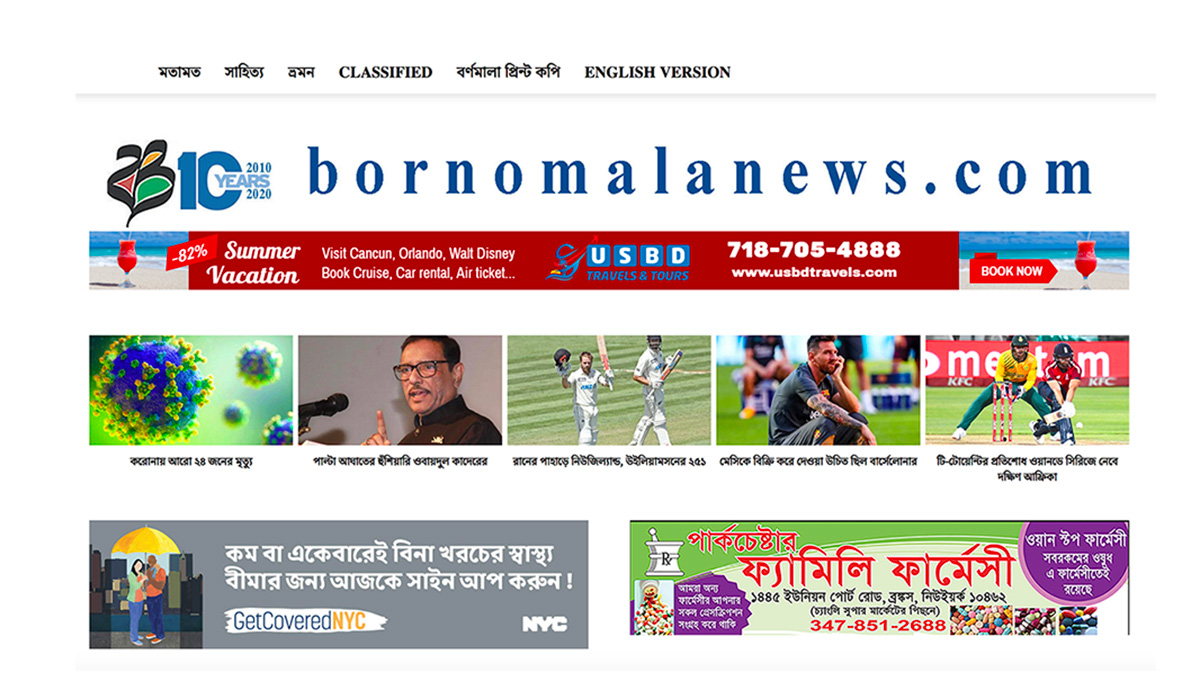 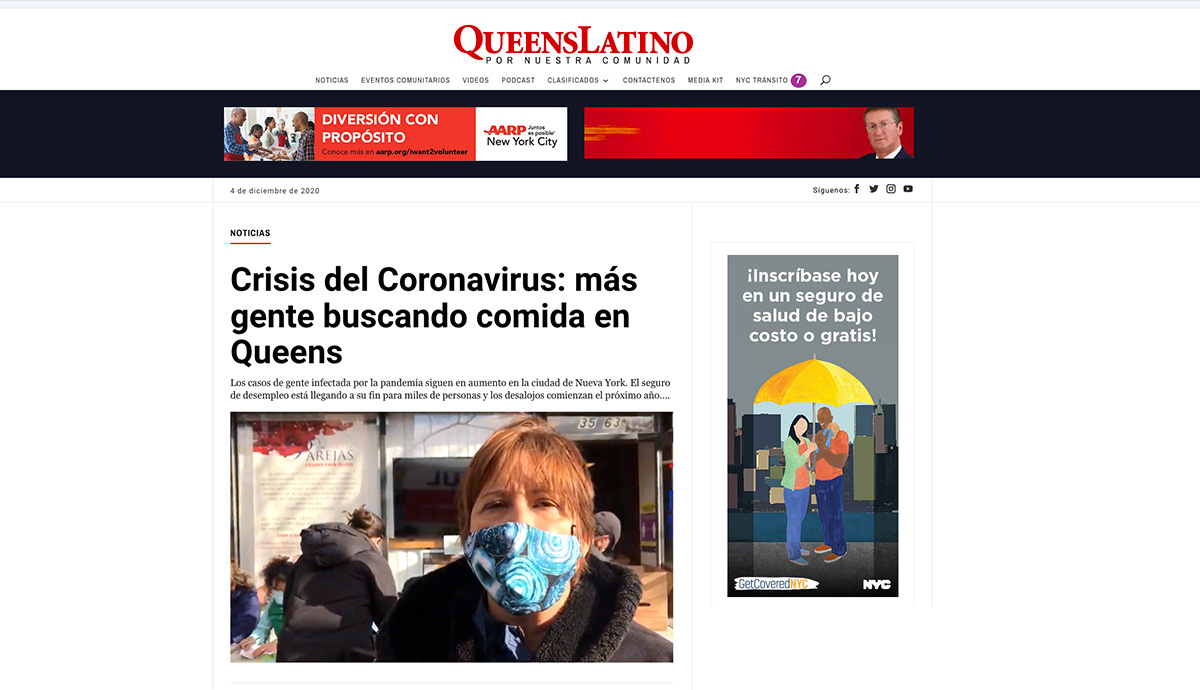 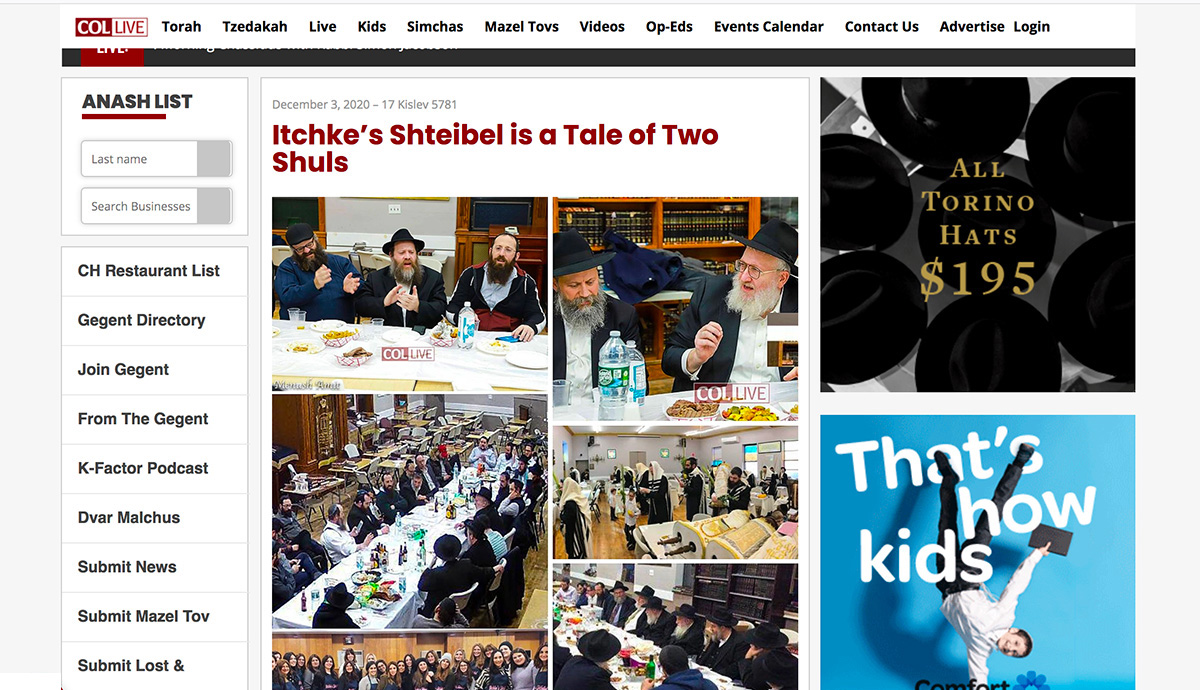 Bushwick Daily, an arts, culture, and community news outlet that has been serving the Brooklyn neighborhood of Bushwick since 2009, was only able to continue to publish through the pandemic because of the advertising from city government agencies, says its publisher Alec Meeker. Bushwick Daily received about $30,000 in government advertising in FY 2020, up from about $1,000 the previous year. “The funds kept the publication alive because I was able to pay for some freelance writers,” says Meeker.

Bushwick is one of Brooklyn’s largest neighborhoods, home to many diverse communities that have historically been undercounted in the census, underrepresented in the electorate, and untouched by many city resources even as parts of it undergo rapid gentrification. The neighborhood also remains largely underserved by traditional, commercial media.

Weekly Dunya International publishes in both English and Urdu and serves Pakistani Americans in all five boroughs and in the Greater New York City region. A once thriving community, New York City’s Pakistani population declined drastically amid the post-9/11 immigration crackdowns, which also sowed seeds of distrust in government and mainstream news sources. Today, the Pakistani population is growing once again across Brooklyn and Queens, and in an effort to serve this community better, the city government began offering services in Urdu in 2017. As of this year, under EO 47, city advertising has a greater chance of reaching Urdu-speaking New Yorkers through Weekly Dunya International.

Manzoor Hussain, the outlet’s executive director, says that the outlet received significantly more city agency advertising in 2020 compared to 2019. “City government agencies advertising money helped us in a big way to open our outlet during the pandemic,” said Hussain.

Weekly Bornomala International serves New York City’s Bangladeshi Americans, a rapidly growing and increasingly politically engaged community. Many Bangladeshis are concentrated in and around the Queens neighborhoods of Jackson Heights and Elmhurst, the epicenter of the city’s spring 2020 COVID-19 outbreak. This year, at least eight Bangladeshi New Yorkers ran or are running for political office at the city, state, and national levels. Weekly Bornomala is a well-loved outlet in a vibrant Bangla news system, featuring several print and digital outlets, television channels, newsletters, WhatsApp channels, podcasts, and more, serving a multi-generational and mixed-status community with many front-line and essential workers during the pandemic. Despite the appetite for Bangla-language news, the need for print publications in a community with many members on the other side of the digital divide, and the growing demand for Weekly Bornomola’s services, the outlet ceased printing in February 2020, becoming a digital-only news portal offering news in both Bangla and English. Mahfuzur Rahman, its publisher, says, “At the time of the pandemic most of the community business could not spend money with us. The city agencies advertisements helped us very much during the crucial time of April until July. It has kept us to continue the online news portal.” Weekly Bornomola received $34,400 in city advertising in fiscal year 2020, compared to approximately $5,400 in 2019.

Queens Latino has served Latinx communities in the borough since 2010, including those in Jackson Heights where they comprise 56 percent of the population. A diverse community hailing from more than 19 countries and Puerto Rico, Latinx New Yorkers were disproportionately represented in both the essential workforce and the city’s COVID-19 death toll. Javier Castaño, the outlet’s director, told us he received more Department of Health advertising campaigns in fiscal year 2020, and that this influx of revenue helped keep his business running. “I have paid reporters, photographers, I was able to keep the website running,” Castaño says. Queens Latino continued its print publication through the pandemic.

All in all, 40 agencies spent money on ads in community media in fiscal year 2020, but certain agencies spent significantly more than others. Ten agencies, including DOHMH, Health + Hospitals and the Mayor’s Office of Immigrant Affairs – account for $8.7 million of the $9.9 million total.