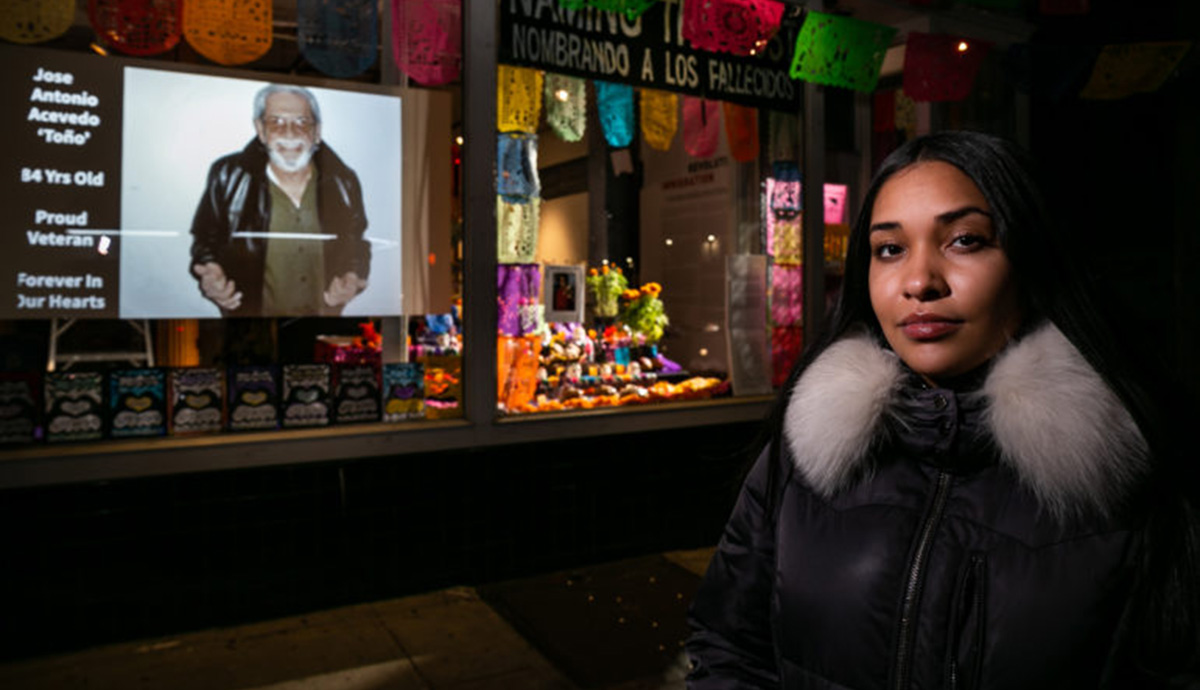 Since its launch in January, ABI has worked with 110 New York City-based and community media outlets to make sure they are well positioned to get their fair share of city ad dollars. These outlets opted in to the ABI by filling out a survey. CCM works with the entire community media sector and though those publishers who filled out the survey have received our individual support and assistance, ABI has advocated for all the sectors in our communications with city officials developing ad campaigns and deciding their placement.

Throughout fiscal year 2020, ABI has worked to help prepare participating community media outlets to successfully win and place city government advertising with training, coaching, and professional consultation, directly assisting 25 outlets in receiving city ad money for the first time. ABI has paired community-based newsroom leaders and publishers with coaches, who work with them individually to help them create professional and effective media kits, which many lacked before. It has created a unique guideline for outlets that includes critical information and best practices. 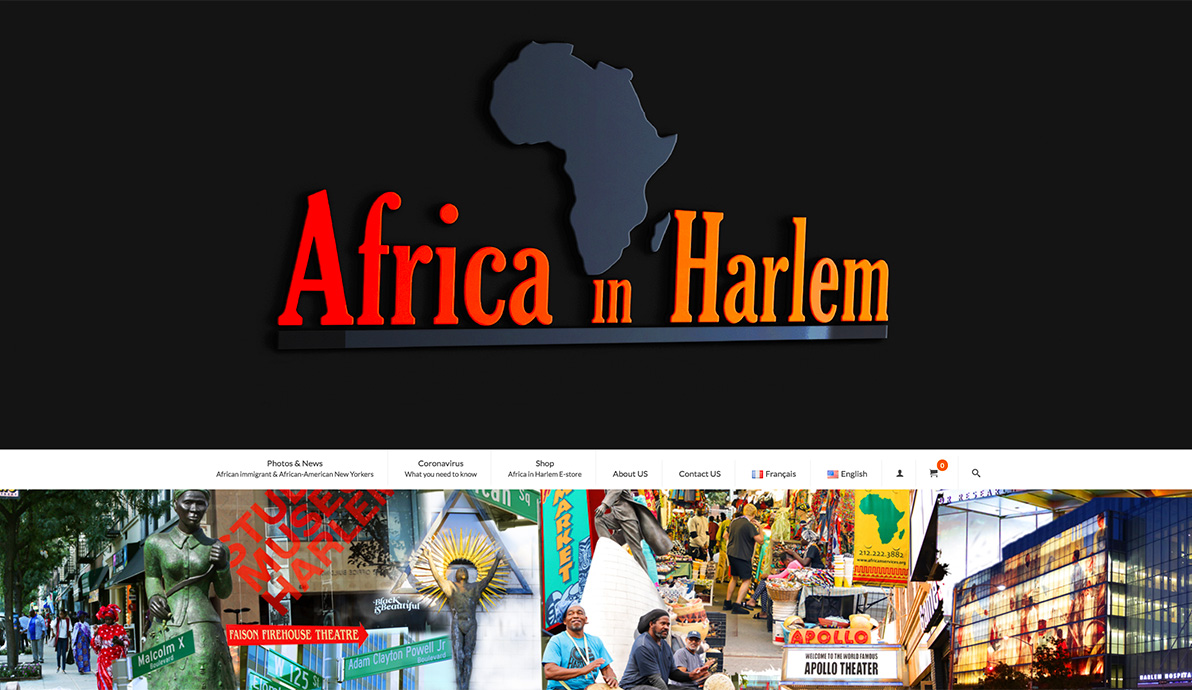 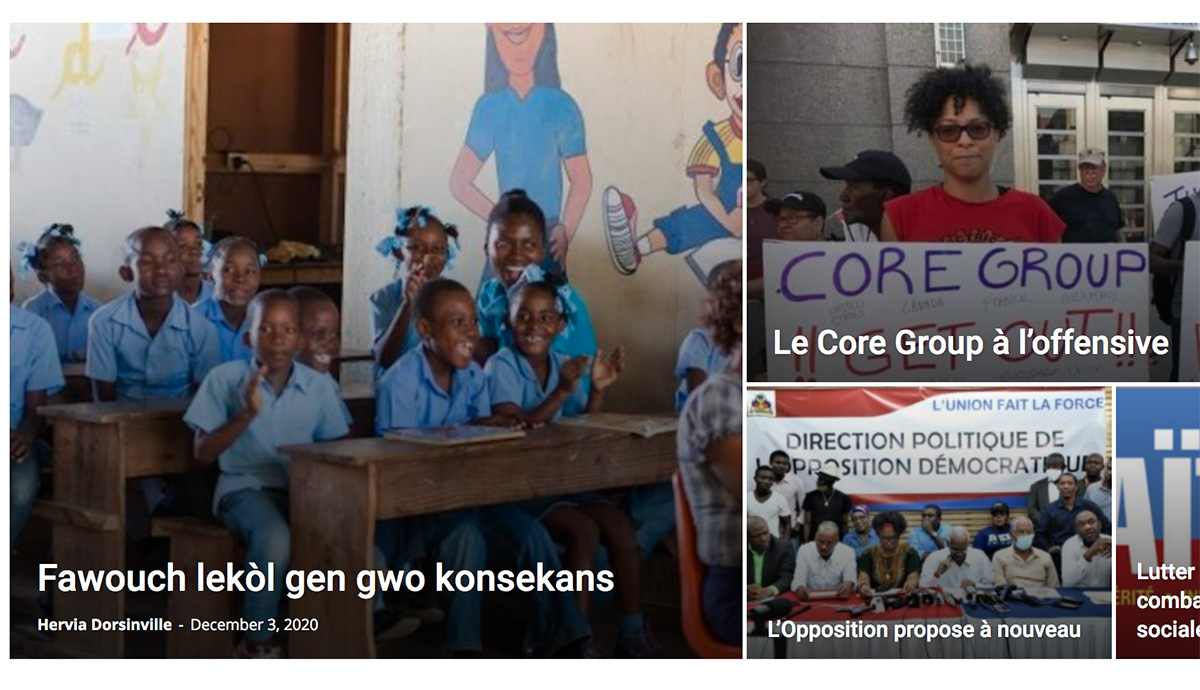 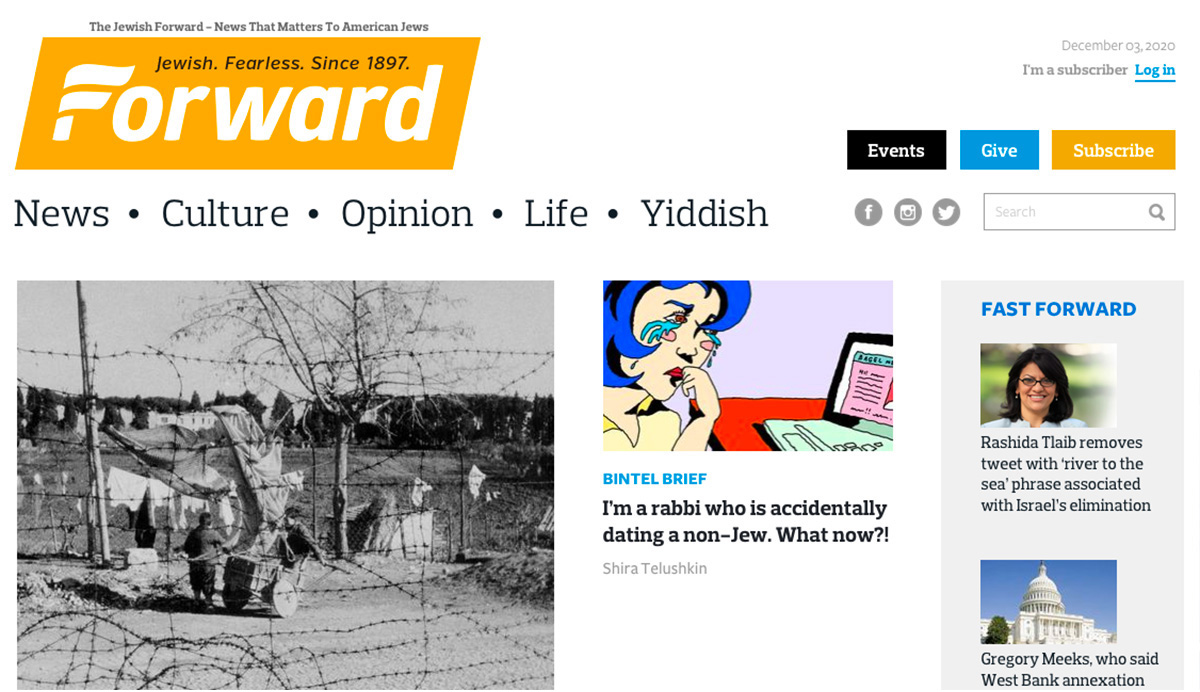 ABI participants tell us that the program has not only coincided with increases in ad revenues — many outlets have seen their revenues from city advertising increase exponentially — but they have also increased the number of advertising campaigns, and from a greater number of city agencies. This increase in type and quantity of city ads has not just increased the news outlets’ revenue — it has helped them engage and grow their audiences.

“The biggest challenge for small publications is that usually, one person does it all. Having more revenue allows more flexibility and the possibility to create better and more content,” says Isseu Diouf Campbell, the publisher of Africa in Harlem, a first-time city government advertising recipient. The publication received $26,000 in city advertising money. Africa in Harlem, formerly Afrikanspot, is a multilingual community news site documenting and celebrating the African immigrant and African Diaspora’s culture, experience and contribution in Harlem and beyond. A cultural capital of Black America, Harlem is also home to many large and growing immigrant communities from across Africa and the Caribbean. The neighborhood’s thriving Little Senegal saw major losses in its restaurants, shops, and beauty salons that employ not just Senegalese immigrants, but immigrants — including refugees and asylum seekers — from Gambia, Ethiopia, Cameroon, Liberia, Sierra Leone, Cote d’Ivoire, Guinea, and more. Community outlets like Africa in Harlem are a source of joy and hope for communities navigating the multiple pressures of COVID-19, harsh immigration and asylum policies, and systemic racism — and under EO 47, they also found useful city resources there.

Campbell was able to hire a part-time reporter to help with covering events. She said part of the money will also be used to pay for more help a few hours here and there, whether it is an editor, a social media assistant or a photographer.

Al Hawadeth is a digital outlet serving Arab American communities across New York City. It was a first-time recipient of city advertising in fiscal year 2020 and received $18,000 in ad revenue. Its general manager, Rima Qasim, said the income she received gave her hope that she can continue publishing and educating her community. “The income we received helped us with our operation expenses,” she says. “It helped us with rent and we were able to improve our website by hiring a part-time website producer, which is helping us to actively report on local and regional news.” Like many community outlets, Al Hawadeth relied on advertising revenue from small businesses in the community, much of which was lost during the lockdowns to contain the COVID-19 outbreak. 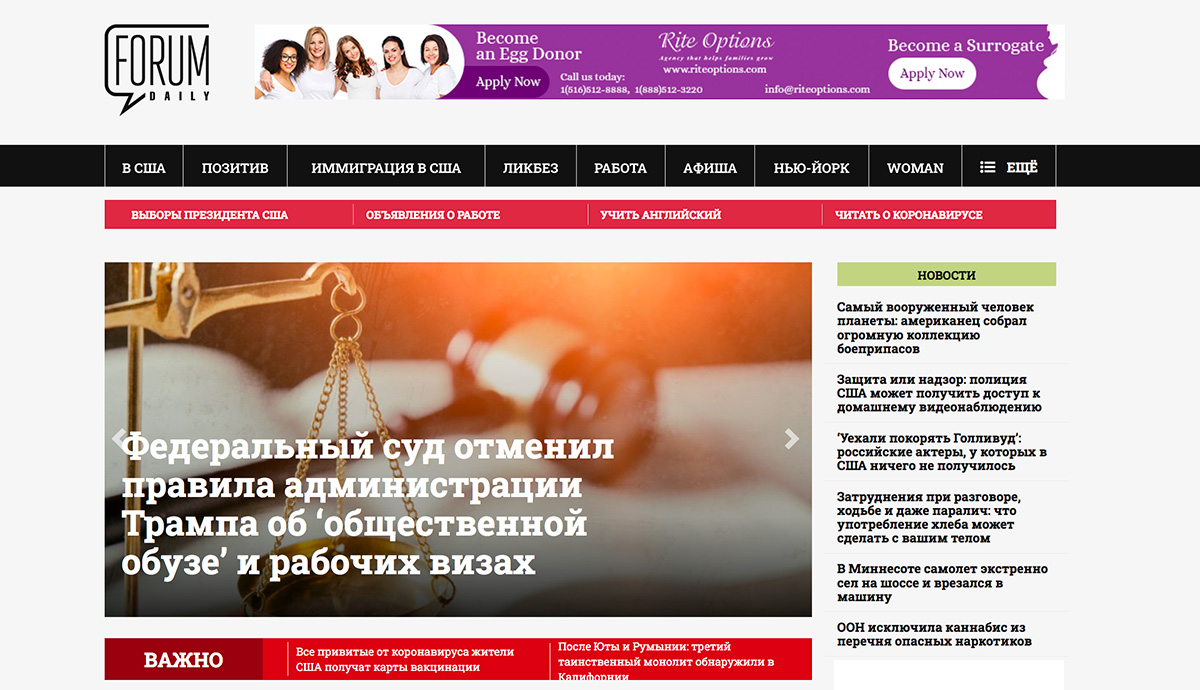 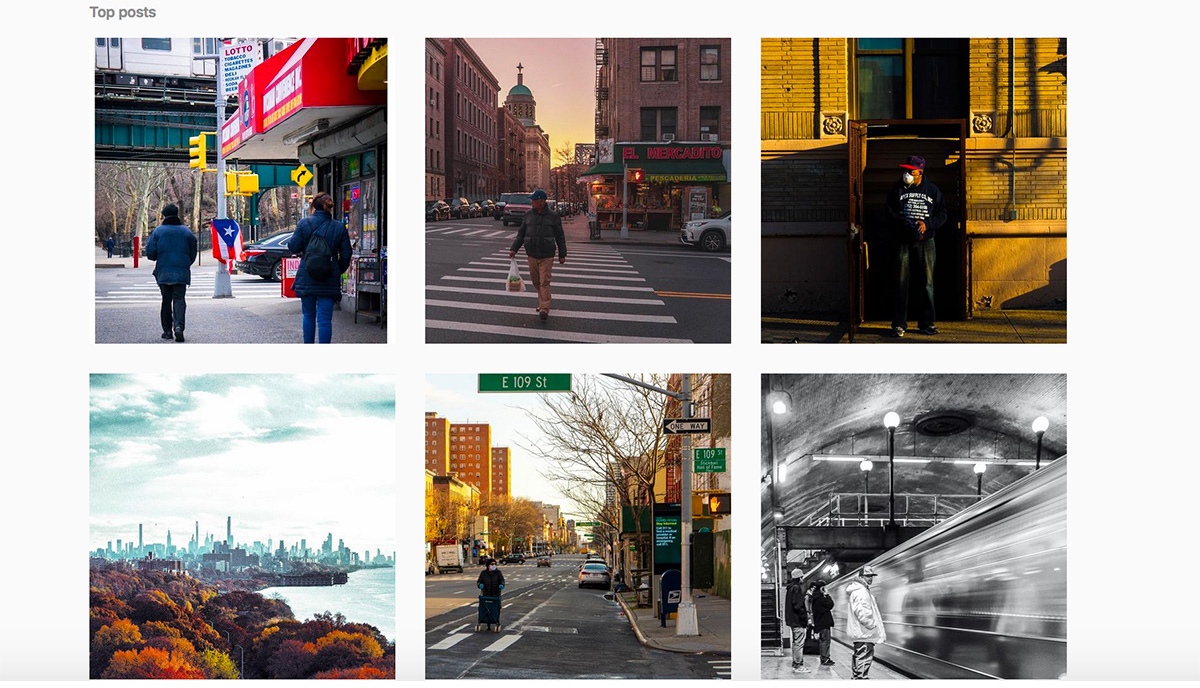 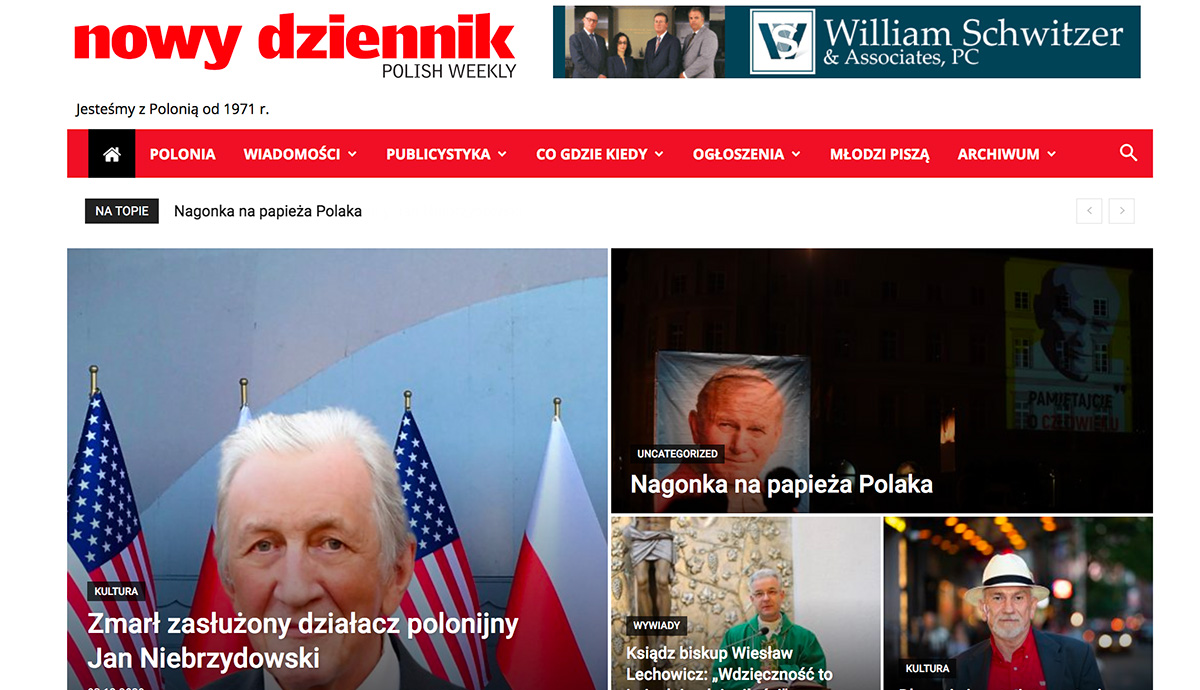 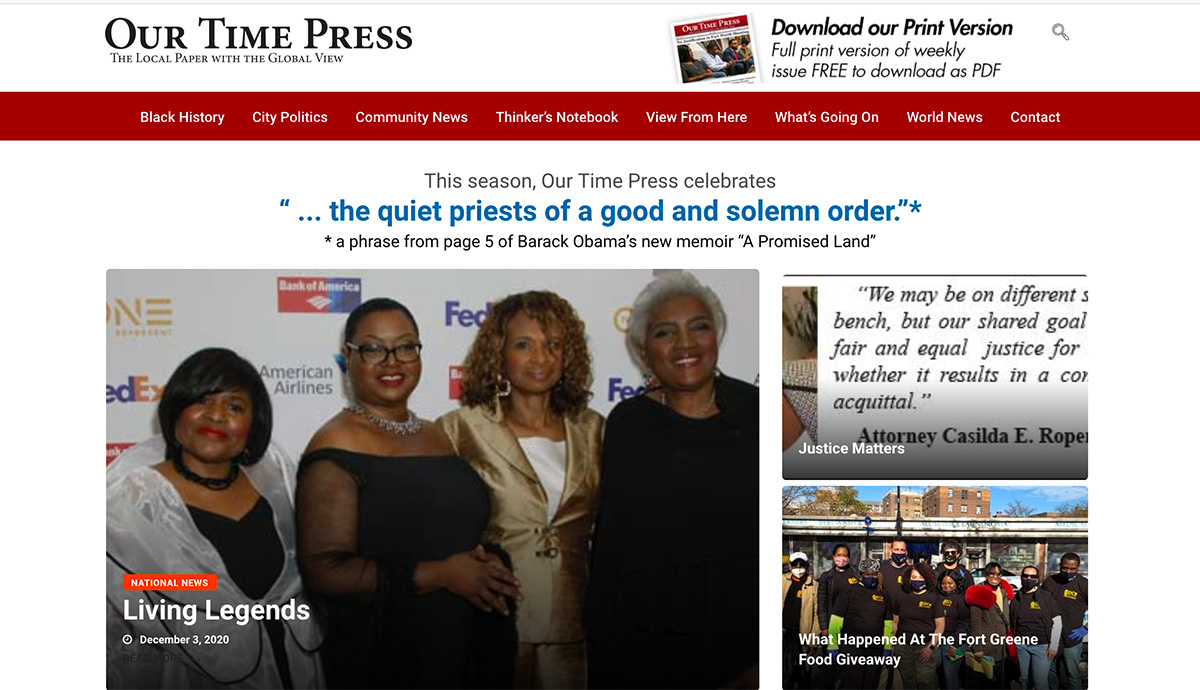 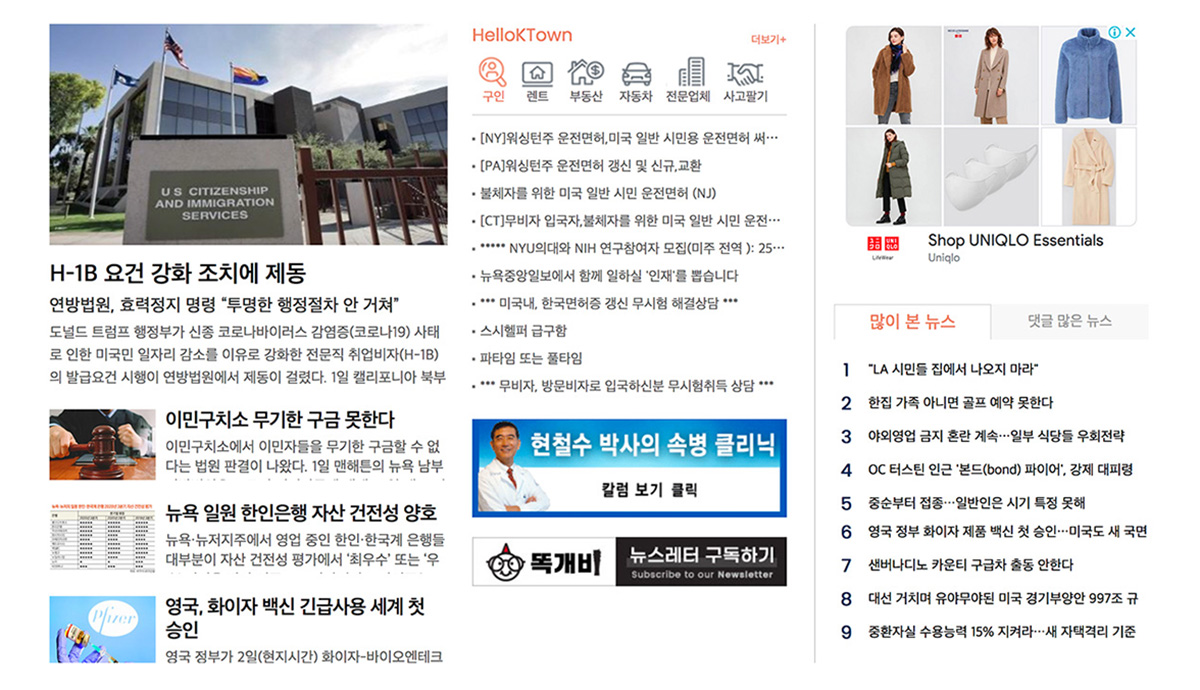 Forum Daily, a 20-year-old publication, serves the more than 1.6 million Russian Americans in the New York tri-state region. It never received city advertising dollars before this year, says Advertising Director Marina Baranchuk. Under ABI it has now benefited from several city advertising campaigns for more than $30,000. “In the new COVID reality, we are experiencing an audience growth, and we also keep getting more and more requests to cover more topics,” says Baranchuk. “Nowadays, we publish 25 articles per day, minimum. This would be impossible if we were to cut our team payments because of the tremendous loss of earnings.”

Baranchuk says that, as soon as the outlet lost most of its advertisers early in the pandemic, its ***CPM on Google and Facebook also dropped off significantly. She credits city government advertising with her staff’s survival in the pandemic. “We were able to keep our team, to work with freelance journalists and to publish some valuable editorial content,” she says. “We made minor changes on our website to improve its visibility. Because of all of this we were able to grow our reader’s audience even during this hard time.”

COVID-19 has dealt a deadly blow to Brooklyn’s Orthodox Jewish communities. COLlive has served these communities since 2008. The outlet has received $51,500 under ABI, says its advertising director, Yossi Soffer. Soffer likens this windfall in ad revenue to divine bounty. “The NYC advertising budget was a God gift. During the shutdown, the funds helped our cash flow and helped us keep business moving and even increase our reporting effort. We expanded our budget to keep up with the COVID-19 updates and helped the community to stay connected,” he says.

Uptown Collective, serving communities from East Harlem to the northernmost tip of Washington Heights since 2010, has also received its first ad buys from city agencies, for more than $14,000. Led Black, its publisher, says, “The city revenue has put actual dollars into the coffers.”

Part of ABI’s mission is to create transparency around the use of the city advertising budgets and the criteria they use to place advertising campaigns in community media. ABI also advocates on behalf of the community media as an accountability partner with the city government and advertising agencies that make their ad buys. In this role ABI strategically collects data and compares it with the publisher’s own account; our data, which covers 2013 to 2020, comes from the Mayor’s Office of Operations and self-reported figures from participating outlets. The initiative opened a conversation with city agencies to help them identify the media outlets serving the communities they most want to reach with their ad campaigns.

“In the past it was difficult to reach advertising agencies working on behalf of the city,” says The Haitian Times’ Pierre-Pierre. “As a result, we were unable to make a case for our publication. However, these days agency reps are more responsive and there is a dialogue going on. I would say that the advertising boost initiative is the direct reason for the change in attitude and hence the increase in our advertising.”

“I think the most effective stuff [this initiative] has done is talk to all the city agencies on our behalf and educate them about our relevance, and the mandate. It is greatly appreciated,” Zagare from BKLYNER says.

“The Advertising Boost Initiative was able to hold the city accountable to all its residents by pushing them to actually keep their promises. I hope this initiative will continue. The initiative has also helped ethnic media outlets create a more appealing and more professional rate card to increase their chances of getting ads,” says Campbell. 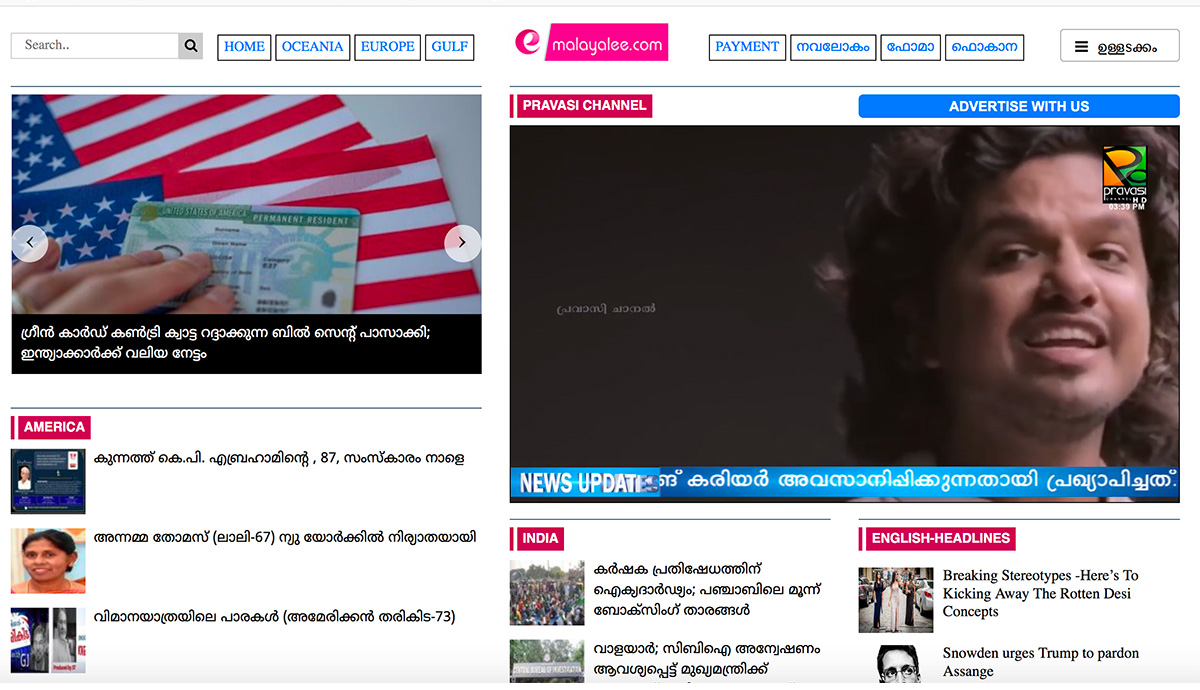 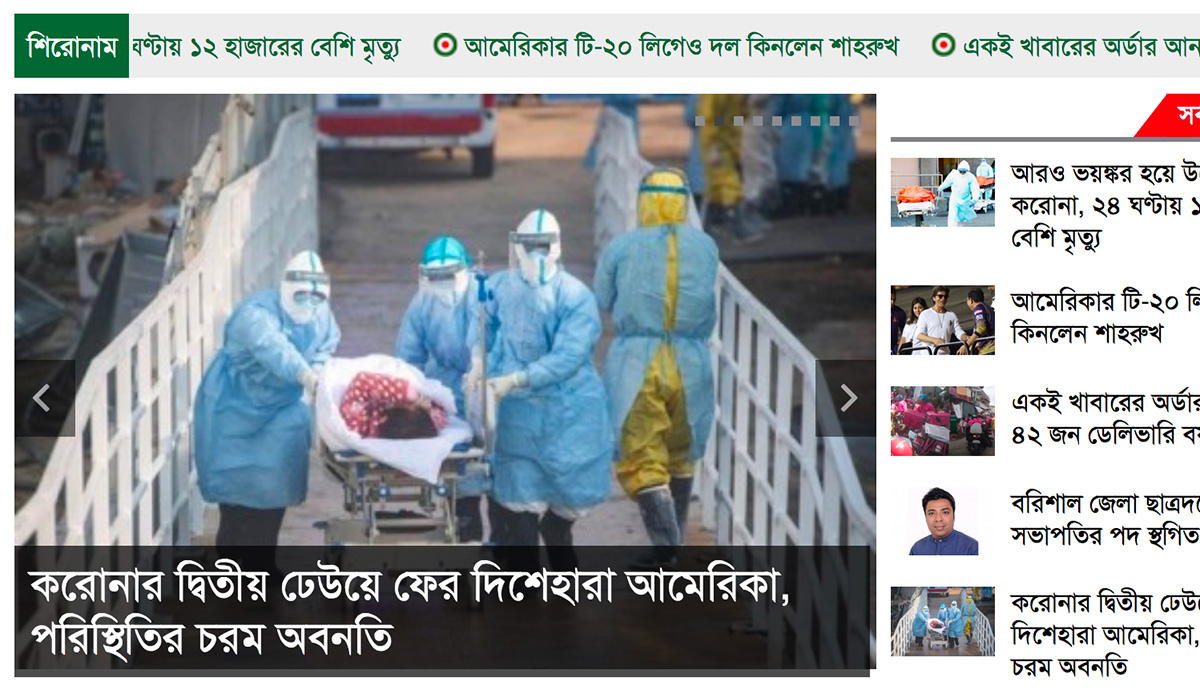 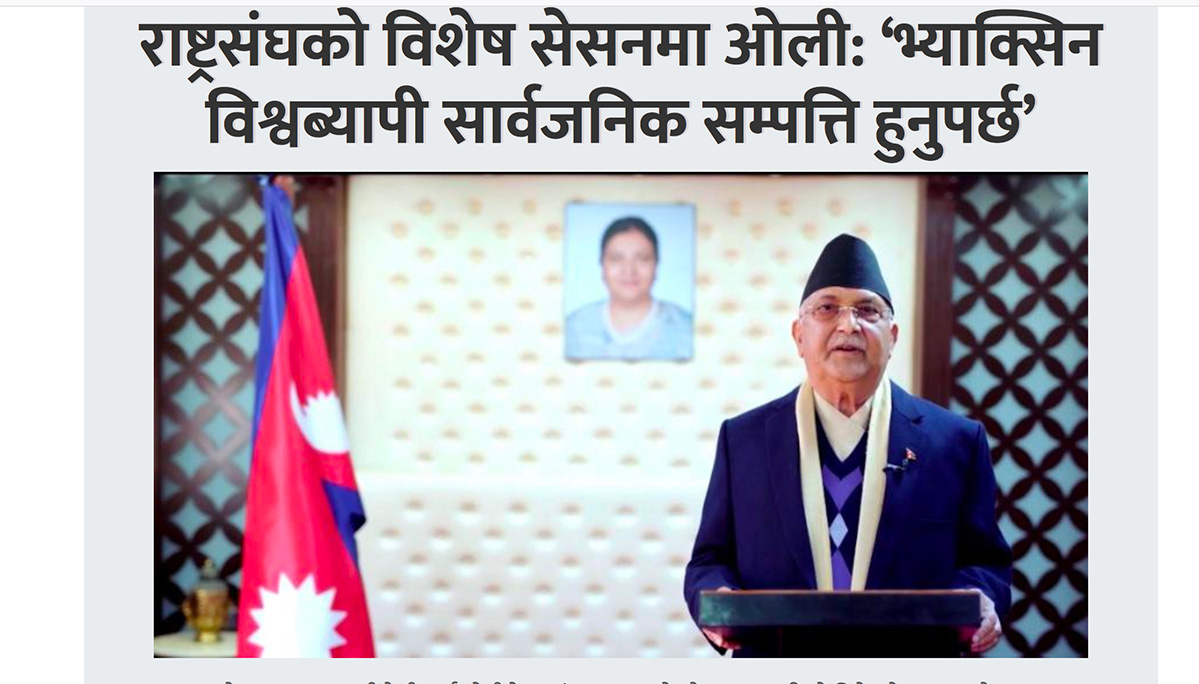 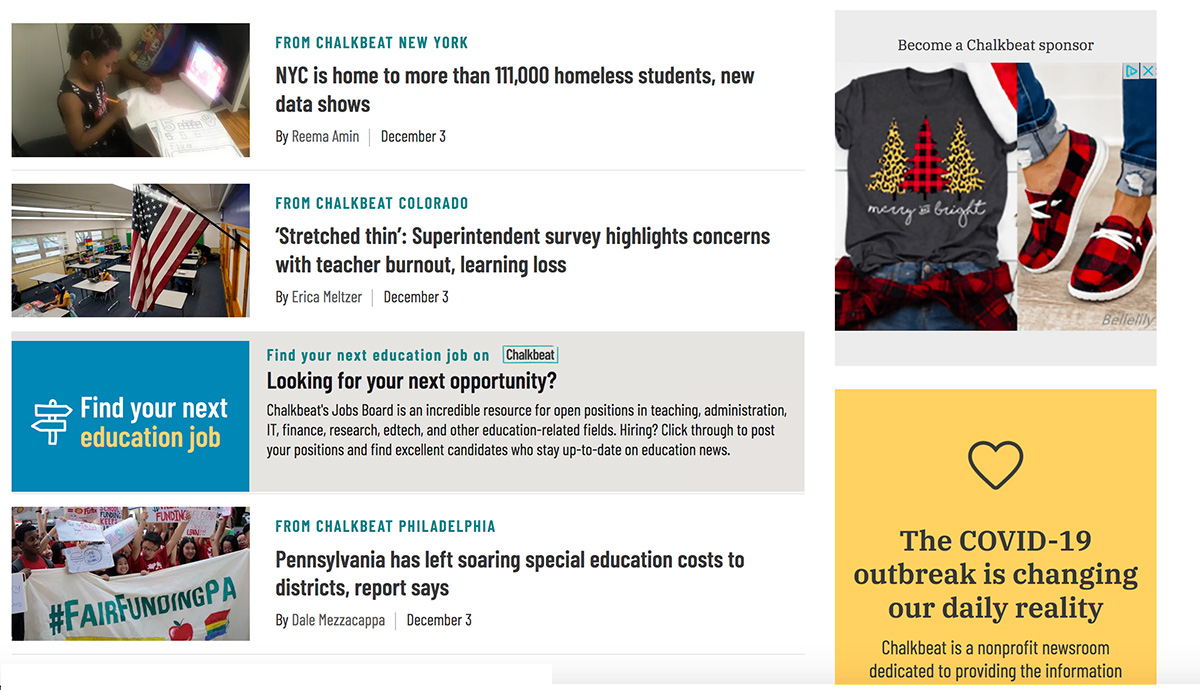 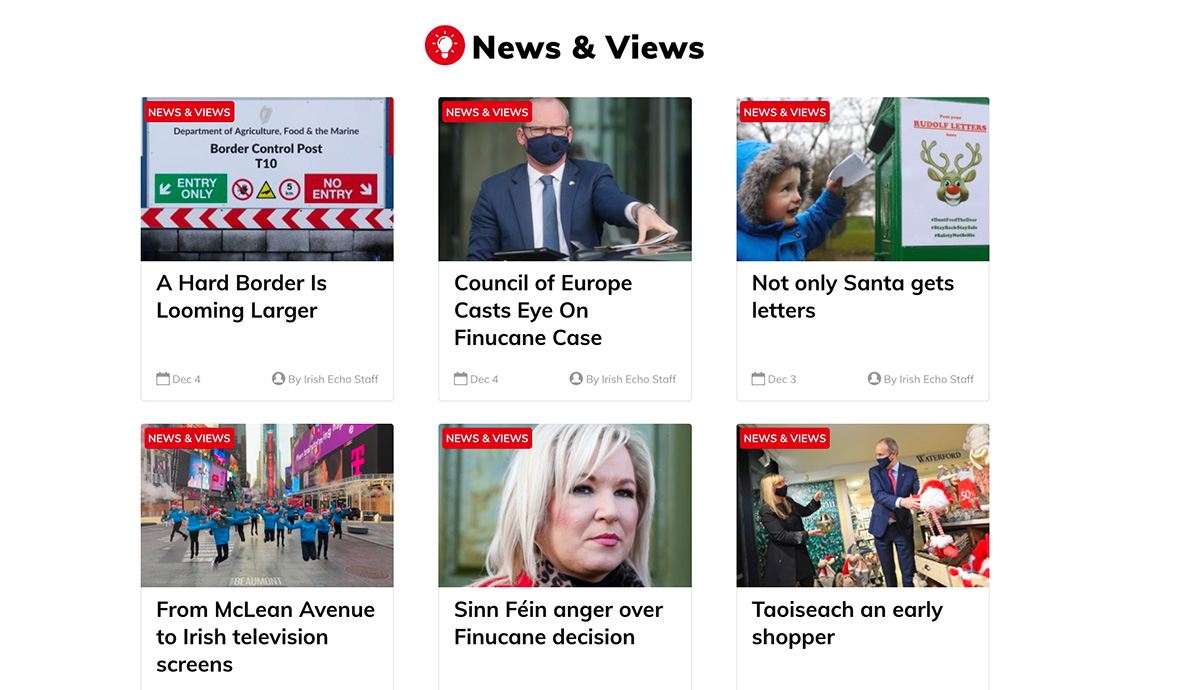 While government agencies have broken from their yearslong patterns of placing advertising in the same outlets, there remain some that received a very small share of this now sizable pie of advertising dollars. A few did not get any city advertising money. We are working with outlets that didn’t receive ads this year — or saw little increase in revenues to help them prepare to receive ads from city agencies.

Sunil Tristar, co-publisher of eMalayalee.com, a Malayalam-language outlet serving communities originally from the southern Indian state of Kerala, did not receive advertising under EO 47. Anywhere between 50,000 and 150,000 Malayalam speakers are estimated to live in and around New York City, many of whom work as nurses or other front-line workers during the ongoing pandemic. It is yet another community within a larger community – in this case, the Indian and South Asian American community – with its own trusted news source. Tristar says he is working on a new editorial plan to keep his community abreast of the activities of the different New York City agencies. “We need some sort of support to stay afloat and continue to strive to share the news and info to the people who need it in our community,” Tristar says. The digital outlet eMalayalee, along with the IndiaLife TV, IndiaLife.US and Pravasi Channel, are part of an integrated merging cluster of outlets serving the socioeconomically, linguistically, and ideologically diverse Indian community in New York City.

Even those outlets that saw sizable increases in advertising in 2020 have expressed concern that this revenue stream may not prove reliable or sustainable. Hussain of Weekly Dunya International says he believes the increase in ad revenues resulted from an urgent need to reach out to different communities during the COVID-19 crisis and the census. He fears that this record-breaking income will not continue. “For a weekly like us, we only get some advertising boost during the pandemic but not on a regular basis when we compare with the previous years,” he says.