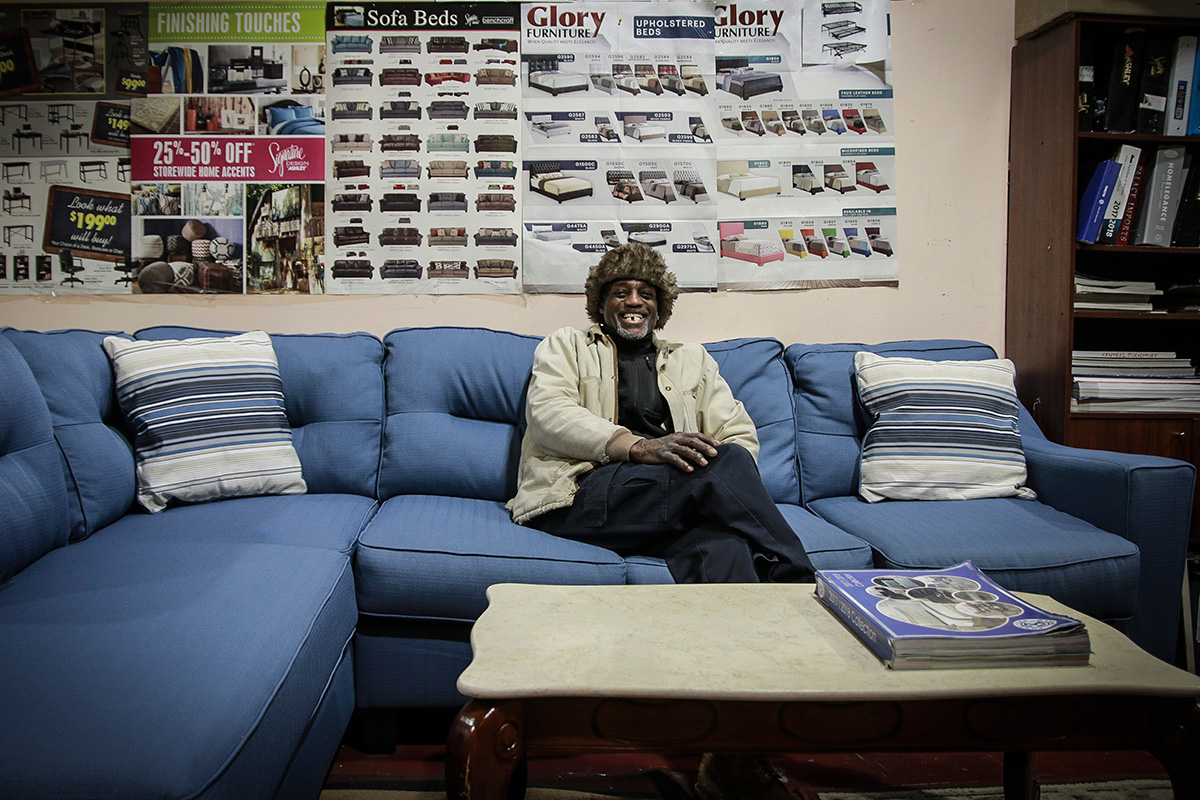 Through EO 47, the city has marshalled an existing and readily available pool of resources toward building up one of its most under resourced: its community media sector. While many advocate for new sources of government funding to save local media, what this initiative did was to identify and redistribute a sizable line item in the city’s budget to help the city align its spending with its governance goals.

Overlooked and disenfranchised by traditional local news organizations, New York City’s many immigrants and communities of color have long turned to their own outlets for more in-depth and comprehensive coverage of their communities, and often in languages besides English. The Directory of Community and Ethnic Media and the Mayor’s Office of Operations use a list of 233 community media outlets publishing online or in print, which serves to guide all city agencies as they seek to place advertising consistent with the goals of EO 47.

This list is maintained by Jose Bayona, the Mayor’s Director of Community and Ethnic Media, a role created in 2014 as part of the city’s efforts to reach all New Yorkers and to improve accessibility to city resources. “The main role that this position plays, working in coordination with the Mayor’s Office of Operations, is to make sure that City agencies are aware of the diversity of our community and ethnic media citywide, all the different options these outlets offer to disseminate the administration’s message, and offering continuous guidance to city agencies on planning their campaigns and spending their resources, which because of this pandemic are more limited these days,” says Bayona. 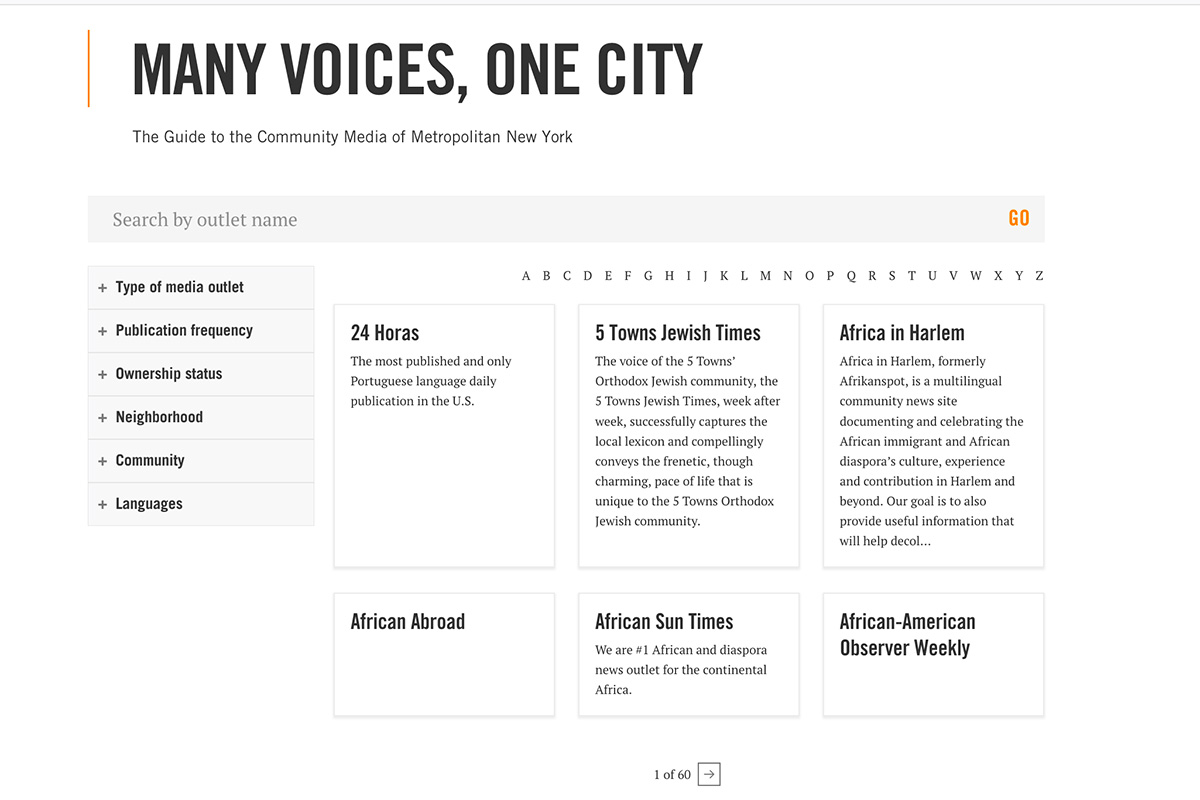 Many Voices, One City

CCM publishes its own directory of New York City community media outlets, called Many Voices, One City. While there is significant overlap between the city’s community media list and ours, we do regularly update our directory to reflect a constantly evolving community media landscape. Our most recent directory was published November 30, 2020, a searchable database of more than 300 outlets serving every neighborhood in all five boroughs, publishing in 37 languages. We are working closely with the city to consolidate our lists into a single, comprehensive, citywide community media directory.

In New York City, local and community media are crucial news sources for communities that remain largely untouched by a traditional, commercial news media that rarely covers their communities with sensitivity, intimacy, or meaningful context, and may not offer information in a language besides English. Community media have loyal and growing audiences within the city and beyond, yet publishers in this news sector have struggled to keep up with the rising demand for their journalism. Since *CCM was founded in 2012, we have heard from publishers in New York City community media that the continued migration of advertising dollars to online platforms has made it more and more difficult to sustain their news operations.

In March 2013, the Center for Community Media published a report titled “Getting The Word Out: How and Where New York City Advertises,” written by professor Sarah Barlett, who has served as dean of Newmark J-School since 2014. The report sought to shine a light on the process by which city government agencies disseminated their messages through advertising in the more than 270 community media outlets CCM had identified, that served the communities and neighborhoods it wanted to reach. The report found that just 18 percent of New York City agency advertising budgets were spent on advertising campaigns in this media sector. The remaining 82 percent of city agency advertising dollars were earmarked for mainstream publications.

CCM’s 2013 report offered an alternative approach to the city’s advertising policies, recommending the creation of a diversified advertising program, in which a percentage of the city’s advertising budget would be dedicated to community publications. For the first time, this report offered the data to prove the inequitable — and ultimately counterproductive — distribution of city advertising dollars, as well as concrete policy guidance to ensure that city advertising campaigns not only reached their intended audience, but that an essential segment of the city’s media landscape would receive the income it sorely needed in order to keep those very audiences informed.